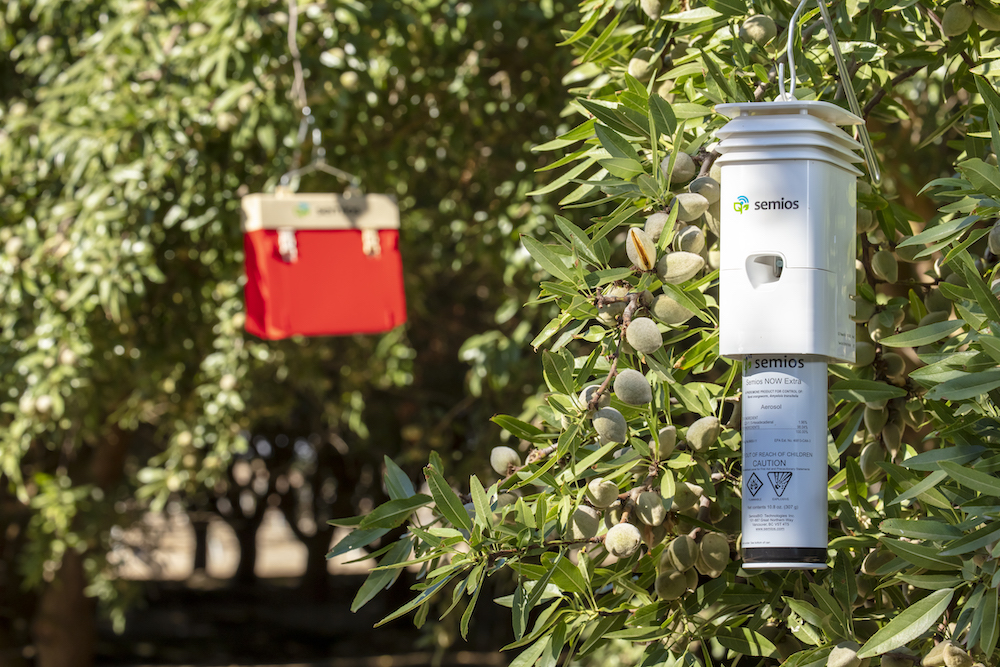 What is Mating Disruption?

A common pest management tactic in agriculture that deploys synthetic pheromones to interfere with the mating process of certain troublesome insects.

In the early days, pheromones were only applied via passive release systems. These systems are heavily influenced by temperature and, as a side effect, their evening release rates can be unintentionally reduced even though target pests are at their most active.

Today, active release is the most popular choice as it enables consistent release rates when most impactful. However, given the inherent variability between seasons and pest flights, growers generally need to make concessions in terms of preference in covering the early or later part of a season. This is where variable rate mating disruption offers a distinct advantage.

What is Variable Rate Mating Disruption?

What Does The Research Say?

Using programmable dispensers, a trend of decrease in male captures was observed with a decrease in time between aerosol emissions ranging between 30 minutes to 5 minutes. In an additional experiment, it was observed that greater trap suppression was achieved when the same amount of active ingredient per hour was delivered with 7 minutes between emissions versus 14 minutes between emissions.

Finally, 7 minute emission intervals were still observed to be superior compared to 14 minute intervals with double the dose of active ingredient per emission.

Daily Pheromone Release Window
In an additional trial within this study, it was observed that there was no significant difference in trap suppression between nightly dispensing windows of 4 or 6 hours compared to 12 hours which is the assumed commercial standard.

Implementation
Additional trials were conducted and showed that implementing the understandings of emission frequencies and windows detailed above provided a significant reduction in damage to nonpareil almonds treated with mating disruption.

Semios places importance on application rates during specific periods of time during the evening.

Based on the work by Burks and Thompson (2019), it was shown that there was no statistical difference between dispensing during a 4, 6, or 12 hour window ending at sunrise. Although 12 hours is the understood commercial standard, Semios has implemented windows ranging from 12 to 6 hours depending on the time of year, and the associated variability in timing of pest activity.